Learn about our team

​Christian is a charming young man who loves art, movies and having a good time with his friends. He also enjoys skateboarding and shopping for clothes. Christian started volunteering at Empowering Gardens and now he has been hired.
Christian has great verbal communication skills and attends a local community college where he has taken several classes. He hopes to achieve a career in Marketing in the future.
Good luck Christian!

Is a young man who loves anime. In the near future Alex would like to become a professional voice actor and a proficient artist. Alex is bilingual (English-Spanish) and loves music in English and Spanish. One day he would like to learn Japanese and other languages.
Alex likes to find ways to become as independent as possible. One day he came to Empowering Gardens to apply for work; he was persistent and convinced us to give him a chance. We decided to give a chance as a volunteer, and after a couple weeks, we decided to employ him because of his ability to follow directions and his will to succeed. He also rides his bicycle to work from Chicago whenever it’s not raining.
​ 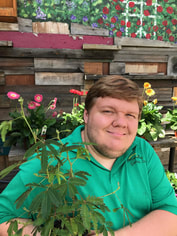 Dylan Galivan
​
Is a reliable, hardworking individual with a friendly personality.  He enjoys greeting costumers and assisting them with their purchases. He likes labeling and helping to unload delivery trucks; he gets excited when new plant material arrives.
When he is not working at Empowering Gardens, Dylan likes to play video games, watch movies and listen to music. He has taken an acting class at a community college and likes to do impersonations of famous people and imitates accents. As he is curious and intrigued by the unknown, some of his favorite plants are the sensitive plant and carnivorous plants.
​
Your curiosity helps us learn; thanks Dylan! 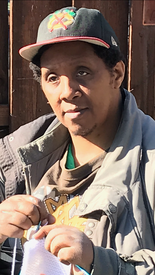 Darrin Dillard
​
Darrin is a very creative man. He enjoys painting and drawing; most of all, he adores knitting. Darrin has been knitting since childhood and has developed the ability to knit without looking at the needles or yarn.
During the garden season, Darrin makes scarves at home and we sell them at our winter shop. He uses part of the money he makes from selling scarves to purchase more yarn and continue exploring the art of knitting.  Customers are impressed with his ability to knit and have requested custom made scarves.
Darrin lives in Chicago and he has to take 2 buses to get to work and still arrives on time for his shift.
Because of his sense of responsibility and his passion for gardening we are happy to have                                       him on our team. 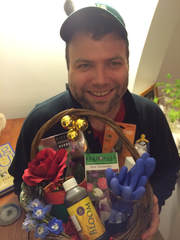 Alex Brunet
Alex is a responsible, hardworking man. Besides working at Empowering Gardens, he has two other part-time jobs and on Saturdays, he volunteers in his community assisting young children at a recreational center.
Between jobs Alex manages to play sports; he plays basketball and softball. He also competes in the Special Olympics annually.
Alex enjoys social events; particularly those that involve sports, family gathering, and dancing.
When you visit Empowering Gardens, you could find Alex unloading plant material from delivery trucks, placing price tags on potted plants or making compost.

Elizabeth Hernandez
Elizabeth has a very strong work ethic; she is always on time and ready to work. She is task oriented and will accomplish any attainable goal in a timely manner. Eventually, Elizabeth will be trained as a cashier. Working as a cashier will allow her to utilize her computer and bilingual skills.
In addition to being a responsible employee, Elizabeth is a courageous person who faces any challenge with a smile, enthusiasm, and valor.  She is in her last year of high school and is looking forward to attending college.
When she is not at work or school, Elizabeth enjoys shopping and dancing to Latin rhythms.
The sky is the limit! 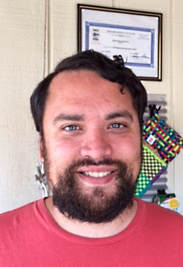 Ryan Reyes
Ryan is a very important staff member at Empowering Gardens, Inc. (EGI). His ability to perform sales transactions and his honesty has made him a great cashier. He enjoys his role as a cashier because he can witness the positive support from the community for EGI’s mission. Ryan has a background in design from Columbia College and has worked as an ESL (English as a Second Language) tutor. He enjoys listening to a wide variety of music and he would like to own a music store in the future.

Today you can find Ryan helping out around the garden center, brainstorming with Ana about ideas for a flyer or assisting customers with their purchases.
Ryan continues to grow and sees a bright future for himself and Empowering Gardens. 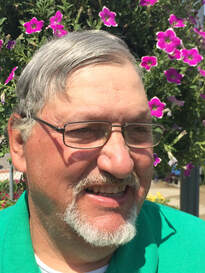 Adam Barron
Adam was the first staff member hired by Empowering Gardens, Inc. (EGI).
He possesses an Associate’s Degree in Ornamental Horticulture from Triton College and loves to share his knowledge of plant life with customers and coworkers.  In addition to assisting customers and taking care of plants, he teaches several gardening related classes throughout the year. After a difficult time when Adam lost two family members within months, he became unemployed for a considerable period of time.  In March 2016 while Empowering Gardens was still in the developmental process, Adam discovered our brochure at a local library and made a phone call that lead to him gaining employment at EGI.
One of his key goals is to improve his residential living situation, and his regular work at EGI over the last year is affording him a chance to live more independently.
Adam enjoys collecting Hockey cards and developing his skills as an artist in ceramics and paint.
When you come to Empowering Gardens, you will find Adam lovingly attending to our great selection of annuals, perennials, edibles, tropical plants, and shrubs.  Ask him a question; he will be delighted to answer with a smile and knowledgeable advice.
Adam has become a valuable member of EGI’s staff.

Keep up the good work, Adam! Ana Solares graduated with an Associate’s Degree in Ornamental Horticulture from the College of DuPage.  She continued her studies in Horticulture through the outreach program at the University of Illinois.  In 2014 Ana completed the Horticultural Therapy Certificate Program through the Chicago Botanic Garden. She has also taken classes and volunteered at the Garfield Park Conservatory.
Ana has spent the last ten years employed in the Horticulture Industry. Her responsibilities have included managing a nursery and garden center for a private corporation, and managing a greenhouse and landscaping program for a non-profit corporation. Ana has experience developing, delivering, and implementing programs of plant and nature-based activities adapted for people with developmental disabilities.  Throughout the years she has collaborated with schools, community centers, and park districts to create jobs for people with disabilities.
Her appreciation for nature, as well as her passion for learning and teaching has influenced her work in the field. This has in turn led to a heightened awareness of the support needed for people with disabilities to have successful employment experiences.  Along with her friend and colleague Richard Biggins, Ana was inspired to help create Empowering Gardens, Inc. which will provide greater growth opportunities and support for people with disabilities in a unique and integrated employment environment.​
"Don't wear perfume to a garden unless you want to be pollinated by bees."
-Anne Raver 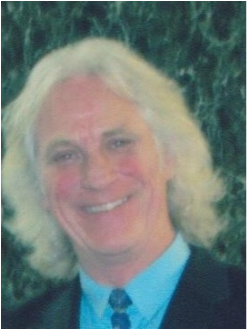 A native of Oak Park, Richard Biggins grew up as an active member of the neighborhood. After his younger sister Jean was born with Down syndrome in 1955, his parents helped create an organization that would provide support and assistance to individuals with disabilities; thus laying the foundation for Richard’s understanding of community, advocacy and passion for helping others.
Richard simultaneously served in the US Air Force reserve as a Medical Psychiatric Corpsman, while attending Northeastern Illinois University where he obtained Bachelor’s degrees in Psychology and Sociology, as well as worked at Cook County hospital in the mental health department. His diverse work history also includes decades in sales and management in the business sector while raising his family, before finally returning to his roots at a local non-profit organization providing supported employment services for the past  7 years. He has received many awards over the years from the State of Illinois and various agencies for his achievements.
Richard developed a vision of a business that would provide meaningful work and career-oriented training to individuals with disabilities in an integrated-community setting. He shared his ideas with his colleague, Ana Solares, and a few other friends and families who shared his enthusiasm, and Empowering Gardens, Inc. was created.

"The greatest gift of the garden is the restoration of the five senses."
-Hanna Rion